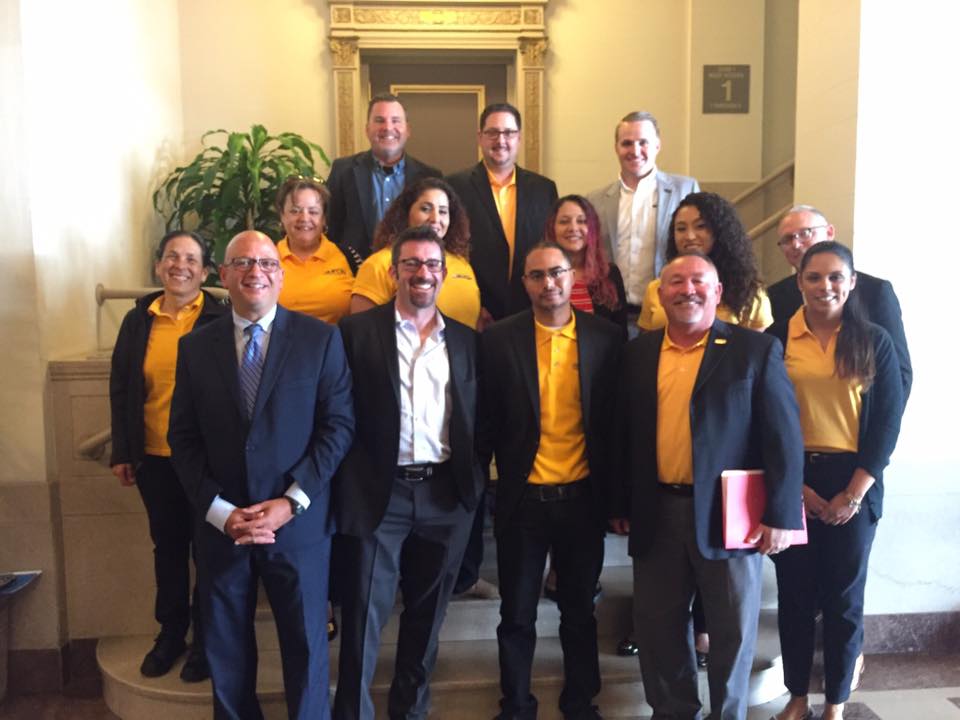 UFCW States Council has developed over the recent years a dynamic presence in the State Capitol to help advance our policy and legislative agenda on behalf of the worker’s and their families in the industries our Union has members.

This legislative year we organized “Lobby Teams” from our locals to help educate state lawmakers and their senior staff about the vital importance of legislative bills we are sponsoring and supporting to collectively better the lives of our members as well as the overall workforce of California. Each “Lobby Team” met on average between 8 – 10 state lawmakers in one day experiencing the equivalent of a ‘sprint’ in a marathon race communicating with a consistent and unified voice our policy positions and why it matters in the real world.

Below is a snapshot of our legislative priorities, our strategic co-sponsors, and the successful bi-partisan outcomes in each as we move forward from one legislative chamber to the next before it can reach the Governor’s desk for his consideration.

AB 1461 (Asm. Tony Thurmond) – This Bill will require all employees working inside a food fulfillment facility involved in the preparation and storage of raw foods that sells directly to consumers, such as Blue Apron, to obtain a food handler card. The purpose of this Bill is to protect consumers from food-borne illnesses and provide, at a minimum, some training on how to report cases of workplace violations. The California Grocers Association is a co-sponsor of AB 1461 with UFCW Western States Council.    AB 1461 – passed the Assembly with bi-partisan support – 54 votes

The Food Handler Card Certification Program is administered by the County’s Office of Public Health for $35 for an online three-hour course or classroom curriculum.

AB 1686 (Asm. Todd Gloria) – This would require all Labor Peace Agreements to be signed, notarized and submitted electronically to the CA Marijuana Control Agency by cannabis businesses who apply for a state license to operate. The purpose of this Bill is to enhance process efficiencies and transparency. The Drug Policy Alliance is a strong supporter of AB 1686. AB 1686 – passed the Assembly with bi-partisan support – 69 votes

AB 1700 (Asm. Jim Cooper with Asm. Eloise Reyes and Sen. Bill Dodd as co-authors) – This Bill will require at least one employee working at a cannabis business to become Cal-OSHA certified. The purpose of the Bill is to educate and train at least one employee to have a basic understanding of workplace safety protections, including sexual harassment. The California Police Association is a strong supporter of AB 1700 and has earned bi-partisan support as well. The Cal-OSHA Certification class is available online for $179, providing 30-hours of accreditation. AB 1700 – passed the Assembly with bi-partisan support – 56 votes

SB 675 (Sen. Nancy Skinner) – This Bill will require the electronic benefit transfer system to limit the purchases of food through an online transaction only to retailers who provide reasonable access to return or exchange food groceries within 4 hours of receipt of the food grocery delivery. The purpose of this Bill is to ensure that Cal-Fresh consumers are actually receiving their food online orders from bricks and mortars grocery stores, and are able to return bad/rotten foods to those same grocery stores. SB 675 is co-sponsored by the Western Center of Poverty and Law, California Grocers Association, and UFCW Western States Council.  SB 675 – passed the Senate with bi-partisan support – 37 votes

Codifies the Labor Peace Agreement and workplace protections in AUMA/Prop 64 both in the budget and proposed regulations by the Brown Administration.

–  Allows for both cultivators and manufacturers to distribute their own product to consumers through a distribution license, providing an incentive for producers of any size to operate in a fully regulated market and discourage diversion. ‘Open Distribution’ – mirrors the retail food and distribution system as well as the California Craft Beer and Wine Industries to self-distribute to encourage local job growth and community development. 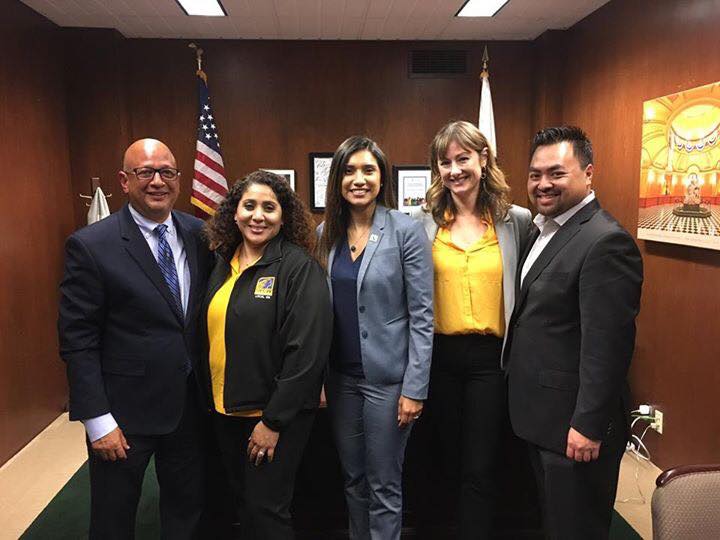 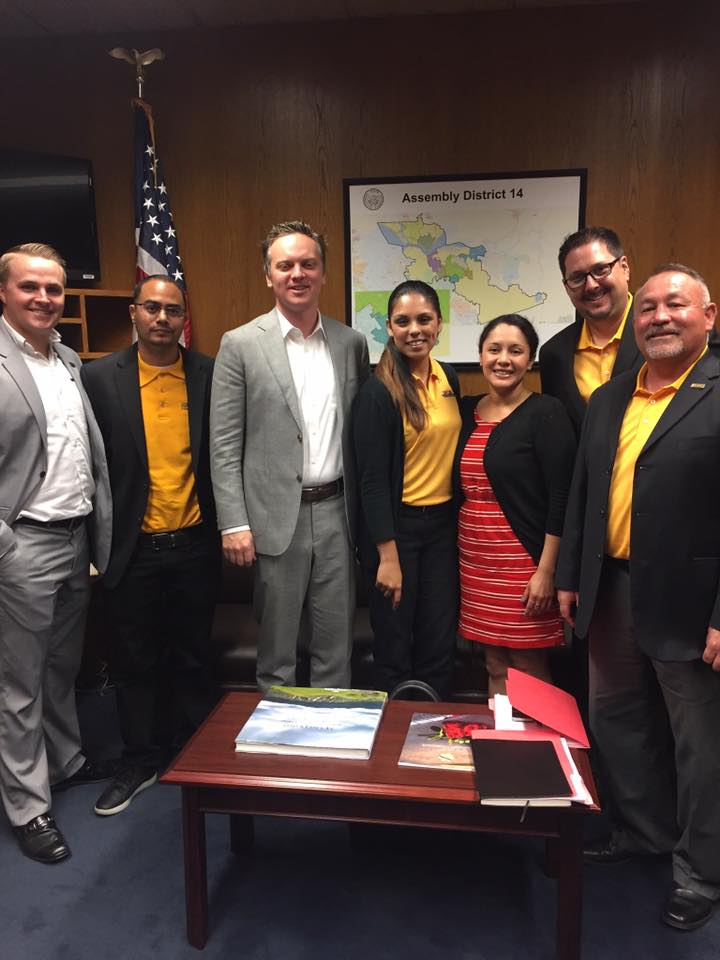 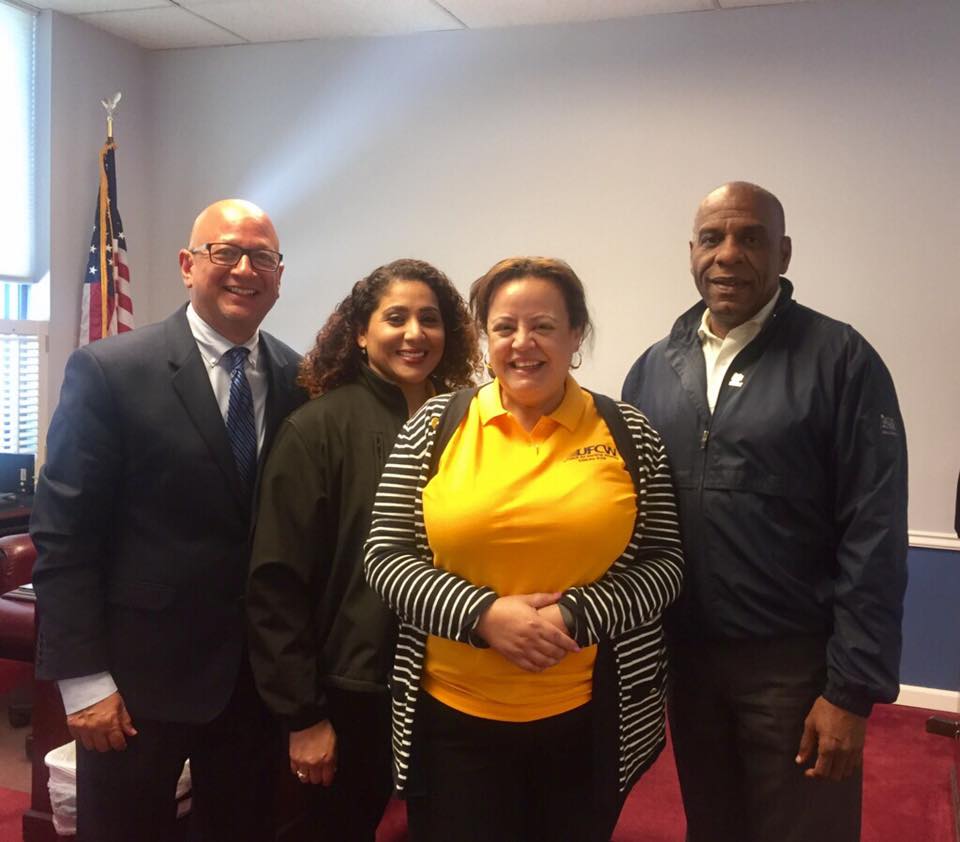