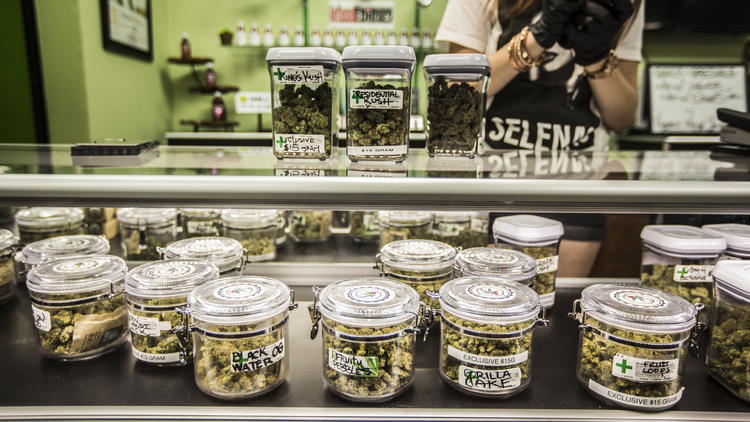 California’s new recreational cannabis laws went into effect January 1st. UFCW workers in the cannabis industry have unique expertise in keeping communities safe and being watchdogs for communities, and we will continue to make our voices heard to ensure the new policy is good for California.

“Groove on! Groove on!” blared from speakers outside a gray warehouse in Santa Ana. Inside, a line of 60 people snaked through the shop, waiting to be helped by a budtender.

“We were bombarded!” said Robert Taft Jr., founder of the marijuana dispensary 420 Central.

When the shop opened at 7 a.m. Monday — Day 1 of legal recreational pot sales in California — a handful of people had already lined up. Within two hours, more than 100 customers, some still nursing holiday hangovers, had made purchases. As they walked out, Taft shouted, “Enjoy your new freedom!”

Californians voted to legalize recreational marijuana in 2016, and the historic law permitting such businesses took effect New Year’s Day — creating the largest legal pot market in the country. Hundreds of businesses have applied for temporary licenses, but industry officials expect a slow roll out as many cities have not yet given their approval. While the city of L.A. hasn’t begun issuing licenses to pot shops, some dispensaries are expected to open in West Hollywood on Tuesday.