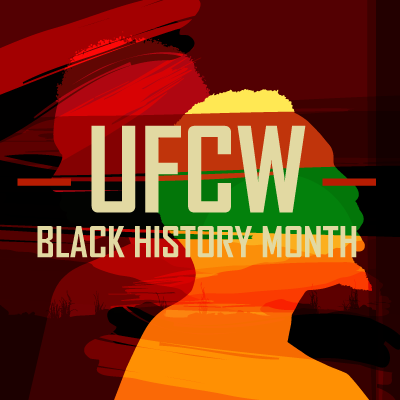 Every year in February, we take part in celebrating Black History Month.  Throughout the next four weeks, we will highlight and celebrate the rich history of African Americans, the achievements of the civil rights movement, and the impact that various civil rights leaders, labor leaders, and union members have had on the fight for civil and labor rights throughout history, and today.

Black History Month’s origins began in 1926, after historian Carter G. Woodson and other prominent African Americans dedicated the second week in February as “Negro History Week” to coincide with the birthdays of Abraham Lincoln and Frederick Douglass.  In 1976, the celebration was officially recognized and expanded to span the entire month, and every U.S. president since then has celebrated Black History Month during the month of February.

Paying tribute to African American leaders and community members who have fought for fair wages, dignity in the workplace, and the freedom to organize is still important today–despite the progress that many civil rights leaders made in spite of considerable barriers in the 1960’s, our country still faces threats to the Voting Rights Act, racial discrimination in our cities, and many other setbacks to this progress. Even during the ongoing 2016 Presidential campaign, we have seen race-baiting and other derogatory rhetoric from the likes of Donald Trump. The ideas being put forth by many of the Republican presidential nominees do not represent the America that Martin Luther King, Jr. dreamed of–we must continue to honor his and many others’ significant contributions to the labor movement as we fight for equality in the workplace and beyond, for people of all races and backgrounds.