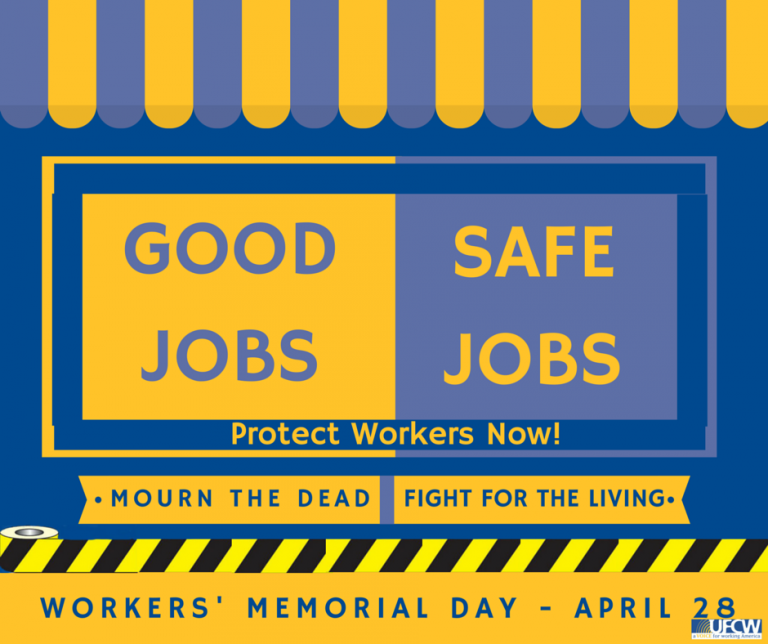 diseases in their places of work.

While decades of struggle by workers and their unions have resulted in significant improvements in working conditions, too many workers here in the U.S. and around the world are suffering or dying on the job.

According to the Bureau of Labor Statistics regarding the state of workplace injuries and fatalities in the U.S. in 2014:

-Millions of America’s workers continue to suffer from injuries and illnesses at work.

-Women, older workers, as well as temporary and foreign-born workers are especially at-risk.

New standards must be enforced to keep pace with a rapidly changing economy that is pushing more and more workers into precarious and unregulated jobs with little to no workplace safety protections.

Workers everywhere deserve a safe place to work, and those corporations that exploit workers for profit and put them in danger must be held accountable.  As we observe Workers’ Memorial Day, the UFCW takes to heart the words of activist Mother Jones to “pray for the dead and fight like hell for the living” by reaffirming our dedication to supporting workers here in the U.S. and around the world who are fighting to uphold their basic rights – including safe jobs, workplace fairness and collective bargaining.

UFCW International President Marc Perrone stated, “We must make Workers Memorial Day a catalyst for great change. It is a day to come together and push to pass safe workplace laws that help workers, not protect the irresponsible. Let’s make it easier for workers to be protected in their workplace and bargain for safer standards. Let’s create an environment where corporations view workplace safety as a priority.”

Let’s use Workers Memorial Day to inspire us to save the lives that should never be lost. 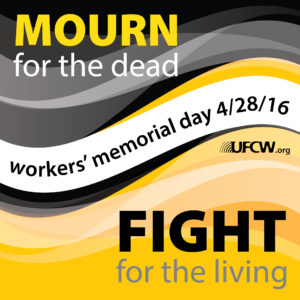